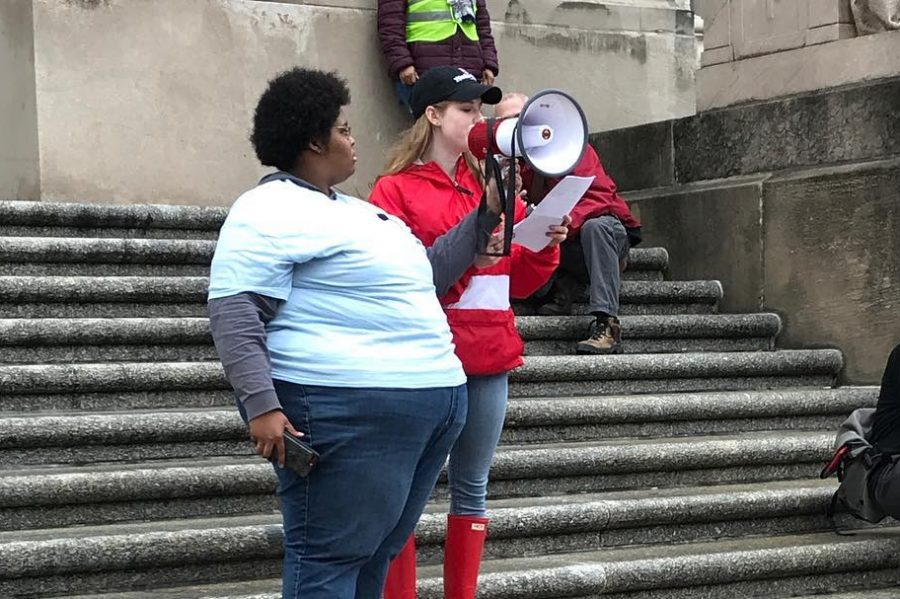 Memphis celebrated the Women’s March with a march across downtown Memphis on Jan. 19. The march was centered around inclusivity and empowerment. Its topics of discussion ranged from diversity to community to legislation. The march was shorter than in previous years to accommodate the activists that needed wheelchairs, strollers, or other assistance. This year’s march, however, saw a decline in attendance. The decline was, in part, due to inclement weather. Because of the drop in participants, there was a tighter-knit community amongst the marchers. Both the march and speeches were community-led as well as community-based. There was representation from several local activist groups including, but not limited to, Moms Demand Action, the Sierra Club and Fight for Fifteen.

Mary Thomas ’21 was able to attend the Memphis Women’s March both in 2017 and 2019. She was asked to speak at this year’s rally. Her speech, like many others at the march, focused on inclusion and intersectionality.

“The intersection of my identities means that I experience womanhood differently than any other person here does; we all do. So, we can only speak our own truths. But since I have this platform… To my peers, my fellow white women, leave space. Leave space for others who have a different story to tell. We all do it. We all speak over and in front of others more marginalized. We must learn to listen. To my white women peers… do not assume that because someone else identifies with the word woman that they have the same needs as you do, white womanhood cannot be the status quo any longer,” Thomas said.

In addition to the Women’s March, there was also a Legislative and Action Rally hosted on January 26, 2019 at the Clayborn Temple in Memphis from 10 a.m. to 2 p.m. Although there was a continued focus on inclusivity and intersectionality at this event, there was also a spotlight on legislation—locally as well as state-wide—on reforms for health care, gun control, as well as immigration. There will be several local activists participating in this event as well—including Planned Parenthood, Midsouth Peace and Justice, Latino Memphis as well as many others.

Speaking about the rally, Thomas said, “[the rally] is just to say, and this was actually a thread through a bunch of different speeches, that this is not it. This needs to continue, you cannot just show up to a march once a year and say ‘Woohoo!’ and go home.”

The Women’s March began on January 21, 2017, the day after President Trump’s inauguration, as a worldwide nonviolent protest supporting human rights legislation and policies. The March has come to include several different movements such as LGBTQIAP+ rights, reproductive rights, workers’ rights and many others. The march has continued to be an annual worldwide protest for human rights and a celebration of diversity.