‘Rhodes College will always be a part of my heart’: Noelle Chaddock says goodbye 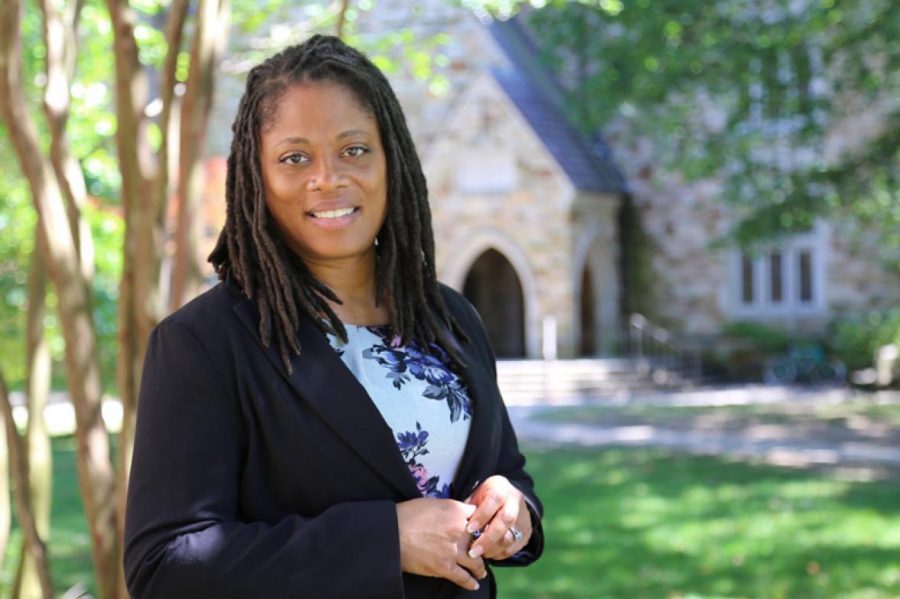 Last month Rhodes College announced that Noelle Chaddock, Associate Provost and Deputy Title IX coordinator, accepted a position at Bates College in Maine as Vice President of Equity and Inclusion, effective June 1. However, they made it clear that the impact Rhodes has left on them will benefit their future endeavors. When reflecting back on their accomplishments, it is evident that Chaddock’s contributions to the Rhodes community have led to lasting changes. Last semester the university welcomed a record number of African-American faculty within a single cohort to our community.

“We moved the needle on diversity in incoming faculty cohorts from .15% each cohort to between 40-46% per cohort,” Chaddock said. “We also have a growing number of other kinds of international, racial, gender, sexual/intimate orientation, first generation and class diversity in our faculty.”

Their influence does not stop here, however. Chaddock has been heavily involved in the art of theatre, and it shows in their Rhodes career. Chaddock went on to direct “Harlem to Hamilton: A Night of Africana Black Theatre.” The production consisted of students from their course “Survey of African American Theatre in the 20th and 21st Centuries.” Their reach also extends into Memphis as a board member of the Orpheum Theatre Group. In addition to this, Chaddock has been a leader in the local literary realm—co-authoring an upcoming book titled “Antagonizing White Feminism.” As Chaddock stated, the work centers around the argument that “what is being framed as feminism in the twenty-first century has slid into a space and performance of exclusion and privilege that prioritizes white ciswomen.” They expand upon the necessity of intersectionality and advocate for the inclusion of transwomen and women of color in feminist discourse.

“Rhodes had taught me that the world can be changed one relationship at a time,” Chaddock said. “Rhodes has taught me to be patient, to be kind, to be observant, to be willing to take risks and make mistakes, to be forgiving, to always offer and accept second chances and to be grateful. I will miss my colleagues in the Provost’s Office deeply; they have been my family. I will miss my colleagues in the cohort of Fall 2016. And, of course, I will miss the amazing student interaction and engagement that I have experienced here.”

As they complete their final few months at this institution, Chaddock has the following advice for the new associate provost: “Cultivate relationships and listen to our academic colleagues. There is a lot of expertise and willingness to do the work. Make yourself available to our faculty, especially our new faculty, because retention is the only way to build the community that we want and [the community] our students deserve.”

Listening to the effects that both an individual and a college have on each other conveys the true power of engaging in the community. Despite moving on to new horizons, Chaddock insists that one thing remains constant. As they said, “Rhodes College will always be a part of my heart.”