Rhodes vs. Sewanee: the everlasting rivalry 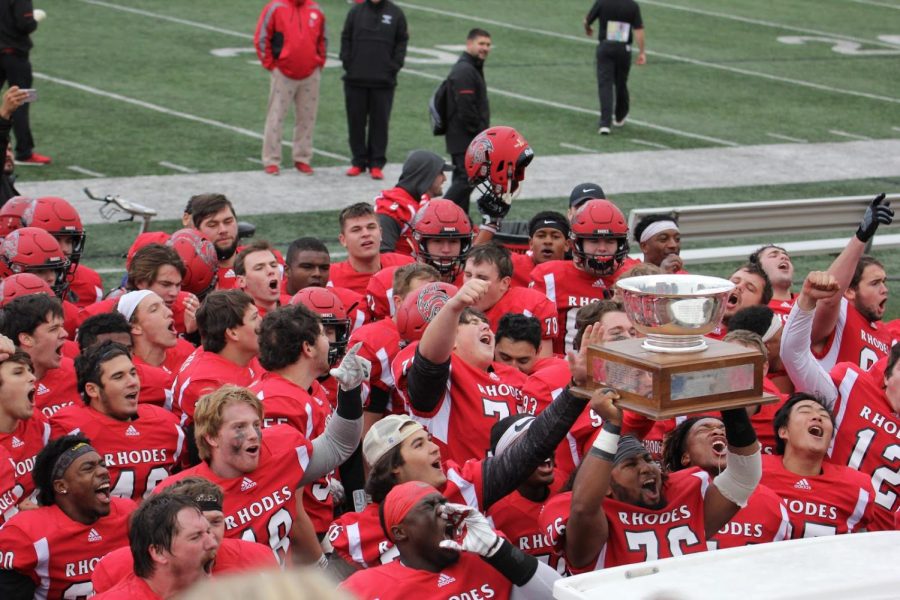 Rhodes College Football’s longest standing rivalry will continue on Saturday, Sept. 28, as the Lynx faces off  at home against Sewanee, The University of the South.

This rivalry runs deep, dating back to 1899, and stands as the “longest consecutively played college football game below the Mason-Dixon” according to Sports Illustrated. Two hundred and ninety miles separate Rhodes and the Edmund Orgill Trophy, but on Sept. 28 Lynx Football will pour their sweat and tears into bringing it back home.

Last year, Sewanee swept the Orgill Trophy from the Lynx, but they are projected to get it back this year. Rhodes had a six-year winning streak going before 2018, and Sewanee has not won two years in a row since the early 2002. The Orgill Trophy is typically the “non-travelling, travelling trophy,” according to Head Football Coach Jim Ryan, and they are ready to do everything in their power to win it back for the Lynx.

The importance of this game is undeniable. Each team’s winning history is thrown out the door and it all comes down to those sixty minutes of playing time that day. The players describe pouring their heart and soul into this one game each year.

For Lynx Football, this game is a week-long experience. When we have the cup,the seniors on the football team get it from Ryan and are in charge of it all week. It goes to every practice and then to the game polished and looking sharp.

“All week-long, seniors talk each night at practice about how important this game is for them and what it means to them,” Ryan said. “It motivates the entire team to play for this game as something bigger than themselves. I don’t think I was ever prepared for how intense this rivalry is here. It is a big deal,” Ryan said.

Kyle Weston ’22, a quarterback for the Lynx, expressed how this rivalry has created a cohesive environment for the team. “Our rivalry with the mountain school has something about it that no one can really describe. It’s the most physical and intense game we’ll play this year as both teams want nothing more than to take the Orgill Cup back home. This year they’re coming down from their hill to the Zoo, and we’re ready to take the Cup back,” said Weston.

As a coach and now the Director of Athletics, Matt Dean stresses the importance that the entire Rhodes student body shows up for this game.

“This is a big deal for us in athletics, and we want it to be a big thing for the entire school. This game is our Super Bowl and we want our students to be just as passionate about it as we are,” Dean said.

Rhodes College and Sewanee both stand at an 0-2 record this season, but given the history of this matchup, students can expect an exciting and hard fought game, as each team hopes to bring home the Orgill Trophy once more.