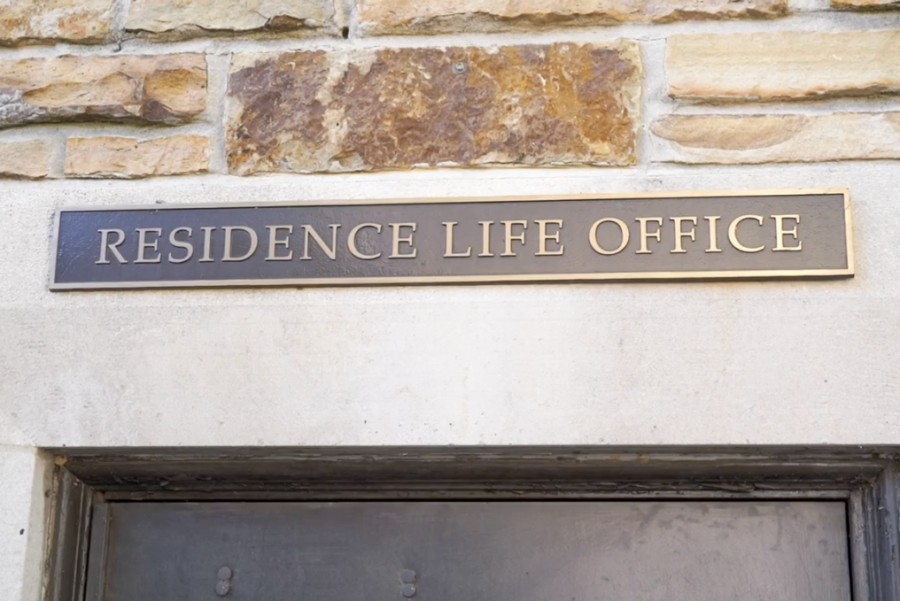 Director of Residence Life Aretha Milligan emailed her work study student employees to inform that they would not be re-hired for the 2019-2020 academic year shortly after a Residence Life Town Hall on the evening of Feb. 21. The email read:

“This email is in reference to your fall 2019 employment status in Residence Life. It has been determined that we will not renew your student employment contract for Residence Life in Fall 2019. This information will be forwarded to the Financial Aid Office.”

Student employees and RAs say that this incident is part of a larger pattern of erratic and hostile behavior from Milligan.

Both RAs and work-study students describe Luther’s departure from the Residence Life office as abrupt.

“No one told us what was happening. We barely got to say goodbye,” one student said.

Once Luther was gone, students saw a dramatic change in the office atmosphere.

“We’re not allowed to say [Luther’s] name in the office. Like, I’ve been corrected to say previous director…by the other coordinators,” the student said.

Previously, students described working in Residence Life as enjoyable. Students knew what their role was and were given opportunities to start their own projects, such as decorating the office or reorganizing items in storage.

“I used to love going to work,” a work-study employee said.

“I enjoyed the office atmosphere,” an RA said. “Now, it’s just not fun to be back in that back room where [Milligan]’s office is, just because if you’re standing back there you run the risk of her getting mad at you for not doing something you didn’t know you were supposed to do anyway…it’s just a fear of being in the office because you don’t know what’s going to happen on a given day.”

“She has not, in my experience, made a single effort to actually talk to us,” an RA said.

Students who work in the office also say that Milligan appeared not to understand key aspects of work study employment.

“You can work up to 10 hours a week, and so we had five student workers at the beginning of the year, so you would have to overlap so everyone could get their time to work. As we were trying to schedule…she said no, you can’t overlap, why are you leaving early, you should have scheduled another time to work then. We had already scheduled our hours before she got there,” a student said.

If students wanted to eat lunch, they said they would have to lose an hour of pay.
“Her email said we could have a snack but not a meal, and if we had a difficulty determining the difference, we could go talk to her,” another student worker said.

The email included a list of new rules for employees, and read in part:

“You/Visitors will no longer be able to have lunch/meals at the desk. A snack is ok, but meals are not okay. If you do not know the difference, please let me know and I will assist you.

Multiple students felt uncomfortable because of they what they described as Milligan’s habit of yelling inside the office.

“This happened multiple times where I could hear her yelling inside the office…she is yelling about a student or another staff member, so an RA, by name, with open doors,” a source said. The source quoted Milligan as calling a student “dumb” and “doodyhead.”

The source described feeling so anxious she physically shook. As a result, she did not immediately tell Milligan that she had begun her shift, as Milligan requested her to do in an email dated Oct. 1.

“She comes out of her office immediately after and begins yelling at me for not interrupting her to tell her I was there,” the source said.

Another student described a similar incident in which Milligan complained about a student contacting her with a question.

“She was in someone’s office, really close to the front desk, just yelling about how some girl was calling about a question that was dumb and how she shouldn’t have to do that job and…she was basically calling her entitled and ripping that girl to pieces because she had a very simple question,” a student said. “She basically got all the other supervisors in it, ganging up on this person who didn’t do anything.”

Students who work in the office expressed their belief that Milligan would not speak with them in retaliation for an unknown offense.

“She exclusively corresponds with me over email,” a work study employee said.

One RA, quoting Milligan, said that she had been criticized for “putting student stuff ahead of RA stuff.”

According to students, attempts to improve their situation have only exacerbated their experience in the office.

Milligan hosted a town hall event to respond to students’ concerns about the housing policy she had built. Though the policy has changed since the event, students feel that Milligan did not accurately portray certain facts about how the campus functions and how housing affects students.

About the $400 additional fee to live in extended stay housing, Milligan said, “unfortunately, we can’t go, turn the fob off for these three. When you fob access, everybody’s running in and out.”

This is not the case. Fob access can be changed for particular members of the Rhodes community. For example, students cannot fob into the Physical Plant building behind the BCLC, nor can they fob into the Rat using the entrance opposite the Moore Moore Infirmary. Students with particular work study or RSAP positions may be granted access to storage areas other students cannot enter.

Milligan also asserted that in previous years without extended stay, students would have to move into inhabited dorms.

“I have stayed on campus for every winter break and this is my fourth year at the college. The first time I had to move into someone else’s dorm was this year, by a policy enacted by your office. Under previous leadership in the Res Life office, that was never the policy,” Daniel Elliot ’19 said. Elliot later corrected himself, saying that he had spent three winter breaks on campus rather than four.

On Feb. 4, Milligan emailed her student staff about their intent to return to work the following semester. The email read in part:

“I recently received an email asking me if I was having my current Student Worker Staff to return. I have a deadline with them so please email me at milligana@rhodes by Thursday, February 7, 2019 if you are interested in returning. If you are interested in returning, please anticipate a 30 minute or less meeting with me on your next shift beginning February 11, 2019. All meetings with me must be completed by February 15, 2019.”

“She asked us two very vague questions: of things we could change in the office, and what we could learn from the job,” a student employee said. Roughly two weeks later, students received word that they would not be rehired.

There are 10 reasons for terminating work study employees listed in the Rhodes student handbook: threat of violence or physical harm to any individual, theft, property damage, reporting to work while under the influence of alcohol or any other drug, using alcohol or any other drug while on duty, falsification of time records, lying in official matters, refusal to accept instructions from an authorized supervisor, receipt of three written warnings in 12 months, and failure to report to work for three consecutive scheduled work days without notice. None of these applied to Milligan’s student workers.

One student, Brian Burgess ’20, was studying abroad at the time of his termination.

“I personally think that all of the student workers were fired because she just didn’t like any of us…To my face, Ms. Milligan never expressed any dissatisfaction with my work,” Burgess said. His co-workers echoed this sentiment.

“[Financial aid] talked with her, and she offered our jobs back,” a source said.

Milligan reportedly explained her decision not to rehire any student employees by saying she was unaware of how many students she could rehire for the following year.

“I don’t believe that conversation with financial aid was 100 percent truthful because of her interviewing us to come back,” a student employee said.

On Feb. 25, the work study employees Milligan fired received notice via email that they would be rehired for the following semester if they chose to  return. Milligan wrote:

“Residence Life would like to invite to [sic] continue your employment with the department. Should you agree to return in Fall 2019, you will also need to agree to attend a 2 hr training session that will be held Monday, August 20, 2019. The place of the training is TBD. We will review phone and office etiquette, appropriate attire and expectations. If you still want to return, please reply yes by noon tomorrow so I can let those in financial aid know.”

Milligan’s answers to The Sou’wester’s questions offered little clarity on the matter. Readers should note that Milligan declined an in-person interview, requesting instead to respond via email.

“The nature of the complaints were from students who expressed dissatisfaction with processes and practices regarding Residence Life,” Milligan said about the complaints she claims caused her to change the housing policy.

Regarding whether she ever raised her voice or yelled in the office, Milligan said, “Not that I am aware, but if so it was due to calling for a staff member or in need of assistance.”

“Yes, student names are used share information with other staff members when working to assist students and inquire about the nature and circumstances of a situation. I have not called them names. It can be difficult to obtain information about a situation if one is not able to use names. Also, it can be challenging to connect incidents to other incidents (which is what we are looking for) if we are not using names,” Milligan said when asked whether she had spoken to other staff members about students by name or used derogatory language to refer to students.

Milligan did not explain why she initially decided not to rehire student workers, saying it was a “personnel matter” and she was “unable to share information.”

A statement from the Office of the Dean of Students read in part, “[r]egarding housing policy, adding the feature that students could choose to return to a living space they liked provides more flexibility of choice for students.  We knew in this inaugural year of the change there would be challenges, as was the case at many of our peer institutions. But, in conjunction with planned residential hall renovations and perhaps expanded housing options in the future, we believe the future of quality housing with varied options for choosing where to live will benefit the student  in their experience in residence halls.”

“Student employees can report issues to senior officers at the college and to the Human Resources office,” the Office of the Dean of Students said regarding how it protects student workers.

The Office declined to comment on whether it was aware of the allegations, as personnel matters are kept confidential.